Saint for the unfinished

“Sin is behovely, but all shall be well.”

Julian receives these words of hope from Jesus, not in the comfort of an armchair chat but in the midst of her vision of him crucified, a vision that itself commenced after many days suffering a sudden mortal illness.

In the midst of her own illness and imminent death, Julian stayed with the unfolding vision of Jesus in his pain; as she wrote, “the bleeding of Jesus’s head continued until many things were seen and understood.” And when the end of the visions came, Julian was again beset by bodily weakness and had to bear with her own doubting of what she had just seen and heard, wondering if she had only been raving or not.

She was shown it all again, and told yet again, “Sin is behovely, but all shall be well,” and “you shall not be overcome.”

Julian went on to reflect and write what she had seen and learned, but understood her work was incomplete and some of it did not neatly join up with things she had previously been taught. She did not fully understand what she was shown. And not least, she, like us, lived in a time and place where all was not yet well. Yet she resolved to remain with the tension inherent in the visions, without resorting to easy explanations to short-cut the visions’ rigor, or smooth out the costliness of living in faith.

Julian isn’t seen as a saint because she had a holy life—we know almost nothing about that. What we do know is that in her writing she witnessed trusting faith both to credal statements and to the loving reality of a Person. She stayed with the difficulty their juxtaposition caused just as she had remained with the crucified Jesus. There, and not elsewhere, she was given what she needed.

Julian challengingly acknowledges that we will, as she was, be tried and “tempest-tossed” and distressed and suffer many crises. But with the quiet confidence of many years of experience following her visions, she also repeats the message given to her: “you shall not be overcome.” 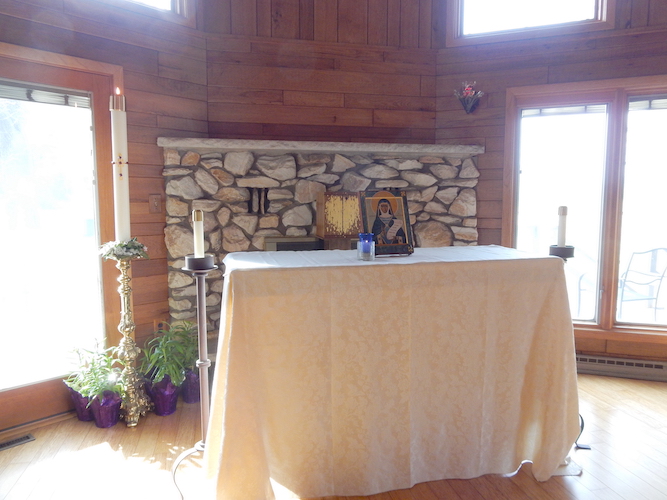