First greens, then varied shades of orange, and now the first two sprinkles of white, have been painted on the canvas of our forest in the past three months. The clarity of a little snow shows up how many trees have fallen in the woods. They are spindly, and don’t appear to be on a trail, but their presence makes one guess what a pioneer must have felt when confronted with the travail of crossing an old forest.

A thin snow as these two have been, casts only a scrim of light over the landscape. Everything keeps its shape, and often is shown more clearly. The shining light of the snow shows both beauty and weathering, sometimes bestowing it—frosting the shapes of dead leaves—sometimes bringing it out—drawing the furrows in the field.

On those occasions, sometimes at prayer, when the light of grace shines on the soul, showing clearly those shortcomings one had hoped could stay in the dark or which one didn’t even know were there, the effect can be more startling than welcoming. Yet God’s loving kindness is often like the light of a thin cast of snow, very gentle and illuminating, and accepting that the divine illumination is a gift inviting our response, is one way to bring beauty to a dark place. 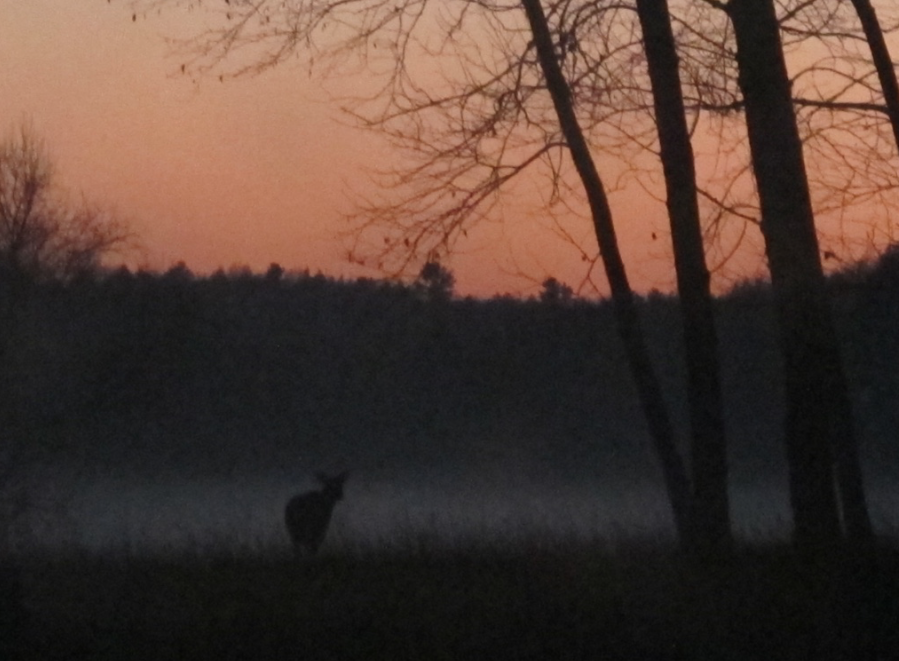