If we take a moment to pay close attention to the readings for St Julian’s feast, Julian herself seems to appear. “Even when you turn gray” — about a solitary whose hair under her wimple would turn gray, perhaps already was. “The new and living way that he opened for us through the curtain” — and Julian had a curtain on her window which hid her from public view. The story of Jesus and a woman who happened to join him at a well — the parable of the Lord and the servant. “Resist the devil; God will support, strengthen and establish you” — Julian scorned the fiend but trusted in God. The spirit of wisdom is intelligent, holy, unique, manifold, subtle, mobile, clear, unpolluted . . . so on and so on; Julian conveys all that in her writing. The mystery of Christ: the breadth, length, height, depth —that is what Julian wrote about in great detail. To leave home for the Good News —yes, Julian did that very thing.

And what does Julian say to us as the first of her sixteen revelations begin? Not what we expect! “Suddenly the Trinity filled my whole mind”!

It is unlikely that Julian’s readers nowadays would make such a connection, would say “Praise God” in “a mighty voice.” The three Persons of the Trinity are mentioned so many times in a church service that parishioners might not pay much attention — or understand the doctrine of the Trinity and the struggles which the early church went through to establish it.

To Julian, the Trinity is a “real thing”: as three Persons and as each Person — Father, Son and Holy Spirit: “our maker, our keeper, our everlasting lover, our endless joy and our bliss.” And a very important feature of Julian’s love of the Trinity is that there is a “created trinity in our soul,” that is: humanity is “one-d to God.”

It may sound complicated when written down like that; but in reading Revelations it becomes clearer, even blissfully clearer. Julian is “modern”—one could say timeless. She puts her finger on the “right now.” Her middle English phrases and theological terms may distract or lull, but her meaning is direct and personal: “be awake.” And Julian’s signature phrase to introduce abstruse theological material is just a simple “I saw.” 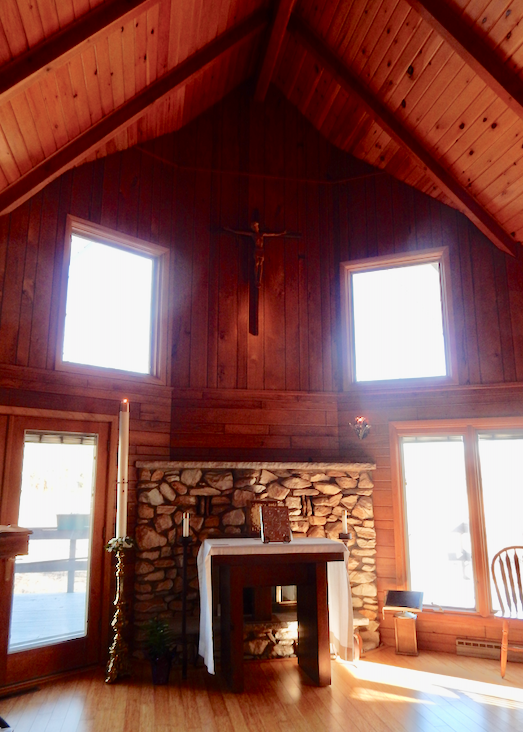